One of the best wind bands around the world, the Primitiva de Llíria from Valencia, Spain, will make it first concert after the pandemic with a special concert honoring the heroes who fight against the virus. During the event, that will be held at Teatro de la Primitiva in Valencia next May 15th, they will perform the Heroic Overture, Op.26a by Javier Pérez Garrido.

The Banda Primitiva de Llíria is the oldest civil band in Spain. During their 200 years of history, they have received multiple awards and recognizions around the globe, have premiered multiple works and have been conducted by renowned directors such as Sergiu Celibidache, Desirée Dondaine, Odón Alonso, Rafael Früebeck de Burgos, Jan Molenar, Luís Cobos, Manuel Galduf, Jan Cober, Plácido Domingo, etc.

The "Heroic Overture" is a triumphal symphonic overture for band premiered by Banda da Armada Portuguesa at Portuguese Navy Day in Lisbon, 2016. 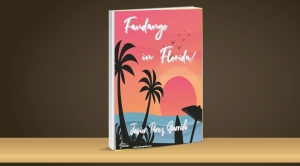